You know how sometimes people will ask you “How did you two meet?” when they first meet with your and your significant other? They’re expecting something romantic, cheesy, and fun.

My relationship with running kinda started off that way. It’s funny, when I was a child I hated P.E., and hated running even more. I loathed the time of year that we were forced to run a mile for the school’s state performance. Most of the time I sneakily walked when the coaches weren’t watching, but once and twice when I was caught and forced to run, I gasped for air as I watched my more athletic classmates run with ease at a much faster rate.

I was so thankful when high school was over and I was never forced to run a mile again.

Fast forward a few years later, 2010, when my mom approached me asking if I wanted to do a 5K. About that time I was also trying to get into better shape with diet and exercise. I knew I hated the mile and wasn’t sure I wanted to get back in the ring… But when I found out the race had a few food stops (donut holes, ice cream, etc), I decided why not. I could run and earn those sweet treats!

While training for my first race, I loved the treadmill. It forced me to run, but I could also control how fast I was going. There was no real training plan I followed – ran a bit, walked when I had to, then got back into running. I remember being so happy when I could finally get to run 5.5mph for 30 minutes without stopping or feeling like I was dying!

Race day I geared up and started running when the start gun shot was fired. Thankfully I had a family member that started running with me, which helped keep me motivated. I found out very early on in the race that eating during running was a very dumb idea and ate only one donut hole. 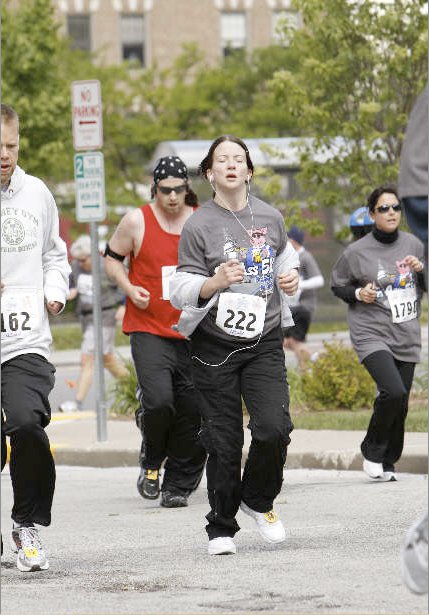 I was also not the best dressed, coming from a family that really didn’t run either. However that didn’t stop me from giving it my all. I finished with an official time of 31:00, averaging a 9:59 minute mile pace. I was dying at the end, and incredibly tired, but also super proud as well. I ran a whole 5K without stopping! High school me would not have believed it.

So, obviously the running bug bit me and I kept running, right?

Wrong. It was a great race, but I ended up sticking with the bicycle and gym.

It wasn’t until I finally got into college that I started running along with weight lifting after reading somewhere about how a bit of cardio would help keep me lean. I remember it was early Spring… 2012? I started back up with a mile or two here and there and ran around campus.

Slowly my mileage started racking up to 5 or 6 miles. Except for a turkey trot, I wasn’t really training for any races. It was all about staying fit.

It wasn’t until I graduated and moved into St. Louis in 2013 that things changed. I found FLEET FEET St. Louis, a running store that has group runs once a week with pizza and beer at the end. It was there I made runner friends and really began getting into the whole running thing. I even ended up working there as their Graphic Designer! 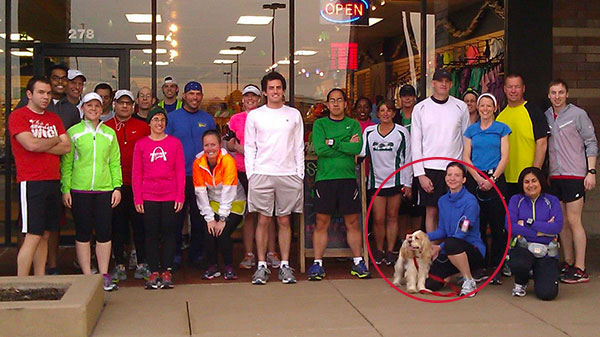 Snoopy back in his prime running days and myself

My new runner friends also started getting me interested in running races. I made the resolution to run the 2013 St Louis Rock and Roll Half Marathon.

Then a runner friend pushed me to run a full marathon. Why not? So I signed up for my first marathon in September.

Then in the beginning of April, the Boston Marathon bombing happened. I had gotten word that my uncle, who had been in the race, wasn’t far from where it had happened. That really got me going.

“Screw it”, I said at the next group run, “I’m running the St. Louis Rock n Roll Marathon for Boston.”