So a few months ago I made that blog post with several goals for myself this year.

Some of them stuck, others not so much. (Shocker.)

I am continuing to build my knowledge base in my career field. My skills with Javascript have improved from the beginning of this year, thanks to online courses and reading. Having a magazine subscription helps as well, and helps keep me up-to-date with what’s going on along with online blogs. 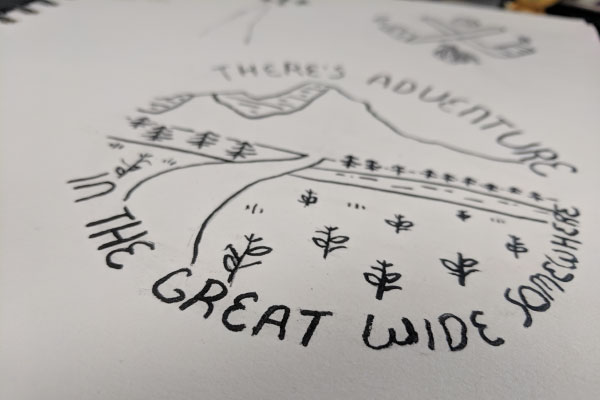 Drawing more = doodle here and there. Not perfect, but it keeps my creative brain going. I don’t want to burn myself out, so I’m okay with this.

I see so many other women doing so well with their reading resolution! Me… Not so much. I have been reading a lot of career related stuff, but outside of that, not so much. I do need to get on the bandwagon and finish the Mistborn series. Just have to get myself to sit down and make time.

Catching up on Kingdom Hearts is slowly happening. Currently stuck on a boss battle that after a few times every time I get on, I have to get away from the TV to avoid throwing the controller.

This year, so far, we’ve definitely been better about keeping things in town. Besides a few weeks ago, when we took my three-year-old niece out to a children’s museum, we’ve kept things in town. 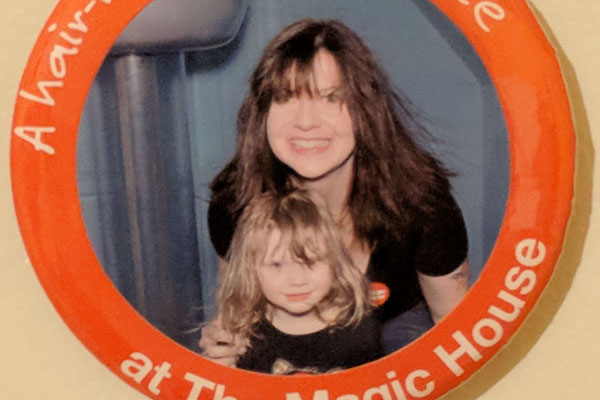 My niece and I after getting to touch a electrically charged ball. Can you tell we’re related?

This past weekend, we ended up racing the local, inaugural St. Patrick’s Day 2 mile race (after getting a 8 mile run in). It was a great time; fun and fast course, and got to see a lot of our runner friends finish. I finished second overall female with a time of 13:35. Next year I’ll have to give it a shot with fresh legs. Afterwards, we celebrated the Irish way; drinking beer with friends!

I’ve even gotten a membership to Orange Theory Fitness to help motivate me to actually cross train. More on this after a few more classes, but it’s helped keep me grounded AND, after two classes, I feel much stronger.

It’s crazy how time flies. One moment you’re being proposed to, you say yes, the next blink of the eye, you’re married and half way through your first year of being a Mrs. 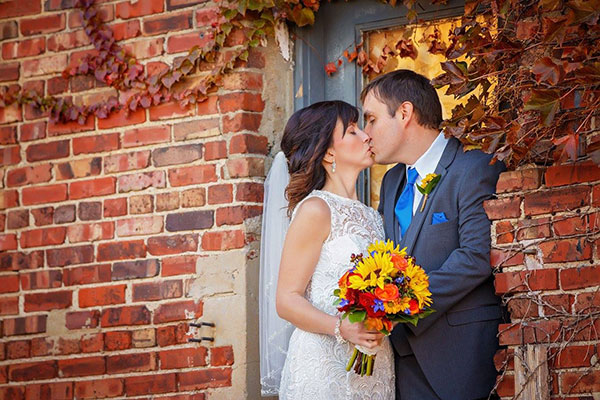 Our wedding day is one I’ll never forget; the weather was perfect for our outdoor ceremony and the reception was a ton of fun thanks to our family and friends. (Obviously Chris was extra pumped because his Cubs clinched their World Series spot. And we all know how that one ended.)

Now here we are in the middle of June. Life is slowly getting back to normal. Races have been run, travel is coming, and nerd-ing out has happened on a regular basis.

This past weekend we headed over to Peoria to run the Steamboat Classic. We traveled Friday night, because who wants to get up at 4am and drive the same day to and from a race? Our pre-race dinner always consists of pizza and beer.. Carbs and protein. Right??

I searched out several places, and eventually we decided on Old Chicago. Yes, it’s a chain, but a chain we’ve never been to and it had hand tossed pizza. 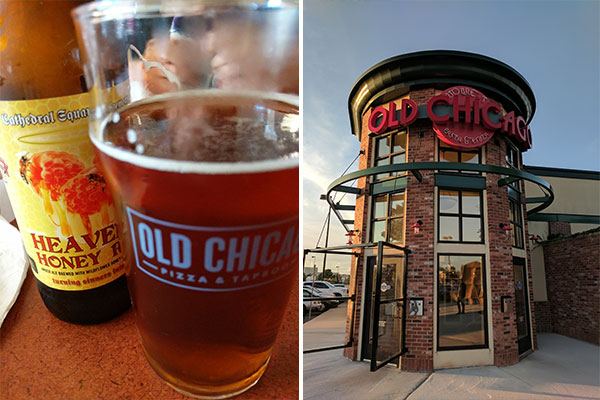 Hand tossed pizza of awesomeness. And a pretty good selection of craft beer; several of the choices were from around the area. The pizza crust even supposedly had ‘ale’ in it. We were impressed with that along with the delicious toppings.

I tried Cathedral Square Brewery’s Heavenly Honey Razz and it. Was. Heavenly. It’s a great summer beer – light in feel and has a nice sweet taste at the end. Not candy sweet, but more of a raspberry, fruity sweet.

I also tried Bell’s Brewery Oarsman Ale and wasn’t as impressed. Pretty bland, but it wasn’t the worst either. 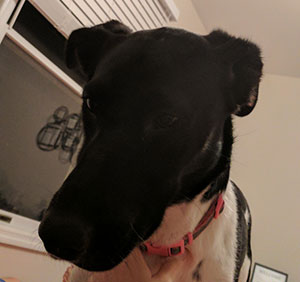 We stayed at our first AirBnB that evening and had an awesome hostess. We actually never got to meet her, but got to meet her pup. Cassie was a big ol’ teddy bear who loved to hand out kisses. There was also much cuddling.

The next morning we went downtown for the race. It was packed; I knew it was pretty big due to how fast the finishers were from the previous year, but it was still an eye opener when we got there. The weather was great at the start; the clouds hid the sun, there was no humidity and a slight breeze.

I was slightly nervous since I forgot my GPS watch at home. I know people say they run their best races without a watch, but I like to be able to look every once and awhile to make sure I’m not being stupid and running something I feel good now in but hate myself halfway in and half-dead jogging the rest of the way. I knew they were going to have a clock at every mile mark, but still.

We runners have our tendencies we like to keep. I tend to not like to mix it up on race day.

Despite that, we both had a great run. The race course was fun. Not much in the way of uphills… Until you get to the halfway point. We decided to do the 4 miler; the 15K-ers split off in the middle of our run to go do their thing. I looked over to where they were heading and was very happy we made the choice we did. The 15K-ers were sent straight to a pretty steep uphill. Good luck to them, I thought.

However at that point, the weather did start to change. The humidity started to raise it’s ugly head and the sweating commenced. I thanked God for the half-way water stop where I chugged down some water and kept going. At mile three there was a water mister you could run through… And I most definitely made it a point to run through that glorious tunnel of water.

We got to run flat until the last half mile, where there was a nice downhill to the finish.

My favorite kind of finish.

I finished Steamboat Classic’s 4 mile race in 32:46, finished in the top 10 of my age group, and impressed myself by keeping around a 8:12 minute pace without my trusty GPS watch. Am I impressed with my mental status to keep myself in check throughout the race? Yes.

Am I still going to race with a GPS watch? Without a doubt, hell yes. 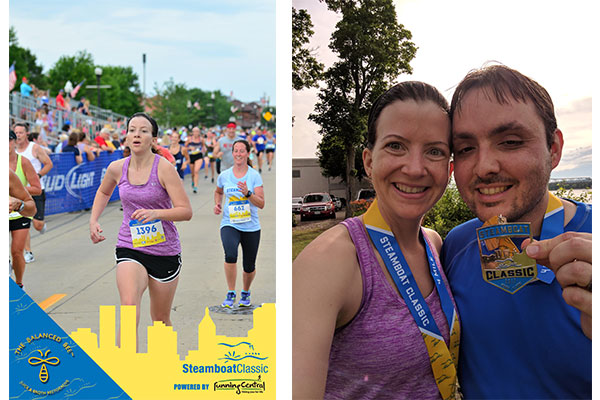