Looking for a different kind of movie to watch with a loved one, your group of friends or yourself and the couch this V-day? Here are a few of suggestions: 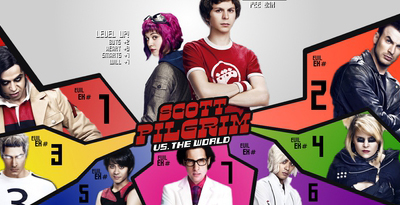 Scott Pilgrim vs The World
Comic effects + romance + fight scenes + Sex Bob-Oms = I’m in. Aren’t you? Plus I tend to find Michael Cera’s characters amusing. What happened to that guy, anyway? 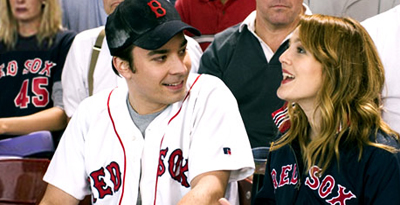 you hit the back button, hear me out. When I mentioned nerd in the title, I didn’t just mean what often comes up on the brain when someone mentions the word ‘geek’. Fever Pitch may be about baseball, but it’s about a guy who is a complete NERD about his team, the Boston Red Sox, and his struggle to balance baseball nerding life with dating cute Drew Barrymore life. Seems relatable. 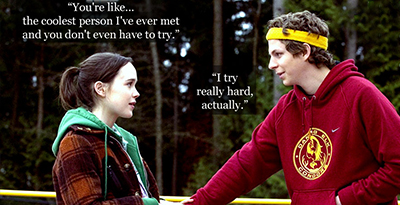 Juno
Juno, the main character (hence the title), finds herself pregnant in her teenage years and we get to see this music-geeking girl live her life while trying to find a pair of parents perfect for her fetus (with fingernails) plus references to other things we 90s kids grew up with. THUNDERCATS ARE GO! 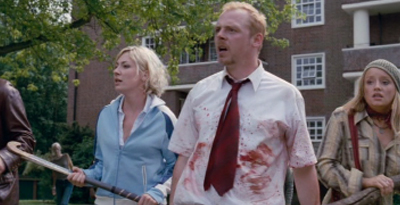 Shaun of the Dead
A classic… But ever thought about watching it on Valentine’s Day? Shaun works to win back his ex-girlfriend, all while trying to survive the zombie apocalypse with his mom, and his ex-girlfriend’s roommates. Not to mention, you get to witness a true bromance that is Shaun and Ed. It is a powerful one. 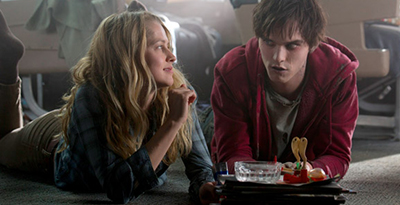 Warm Bodies
This is one of those movies where you have to take it as it is… But if you can do that, I promise you an amusing watch. You get to see life happen before R, the zombie main character’s eyes, after he eats a guy’s brains and starts falling for said guy’s girlfriend. Throughout the movie there’s record players with music that’s alive, more bromance, several good lines (“I don’t wanna be this way. I’m lonely. I’m totally lost. I mean, I’m literally lost. I’ve never been in this part of the airport before.”)… And yeah, some romance here and there too.