Wednesday night. Sitting on our couch in front of the TV, I was hopeful and excited to see the season finale for Arrow.

By the end, I was tweeting with frustration my feelings on said finale.

My feelings on the pairing of Oliver/Felicity are pretty well known (to people who know me anyways). Felicity has been a fun, witty character throughout the series who I have liked. When the writers of Arrow started hinting romance between her and Oliver (the Arrow for those who did not know), I started being filled with dread. Their banter and conversations felt more brother/sisterly to me, and less like a good, solid couple. Then they started changing the characters themselves. Felicity by the end of this series was being less smart, and more demanding and thoughtless about what she did before she did it. Oliver, spoiler alert, left his life to become some guy driving off in a car NOT protecting his city that he had been swearing to do ever since episode one. 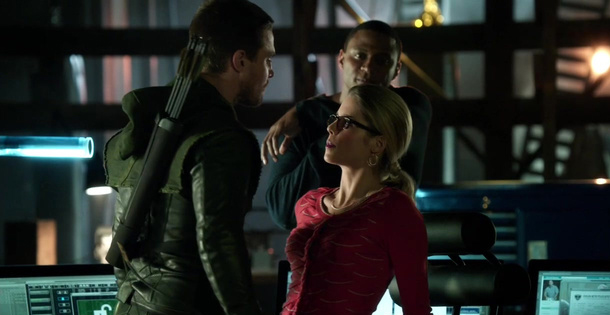 While I’ll probably give the next season a chance, for reasons like to see what happens with Laurel Lance/Black Canary, I’m disappointed. This show use to be more about action/adventure/mystery, and less about drama and relationships. Since they gave Oliver and Felicity feelings for each other, there’s been way too many dramatic verbal fighting and pouting between the two then I can stomach.

There are several shows that have been like this for me growing up. For example, manga/anime wise, Vampire Knight: childhood friend, Zero, was a much healthier match for the heroine, Yuki, and they ended up sticking her with the dramatic and brooding Kaname. Naruto, they stick the heroine with the guy who has beat her up physically AND mentally the past 200 episodes and they put the hero with a girl he never showed romantic feelings for until the show shows them married. Vampire Knight was ruined for me because Yuki was changed into a different, apathetic, uninteresting character. Naruto was ruined because… Seriously, putting someone with an abuser, both physically and mentally? Not only that, but the once strong female character is turned into a housewife.

While it’s not bad enough to kill the series for me, especially with how great the rest of the storyline has been going, The Flash’s Barry and Iris drama has me rolling my eyes. Growing up in the same house is one thing, and not that huge of a deal, but Iris has pretty much told Barry “no” to being in a relationship several times, yet keeps the other girls from dating him through manipulation. It’s twisted, and I really hope the writers fix Iris’ character before developing this relationship any further. 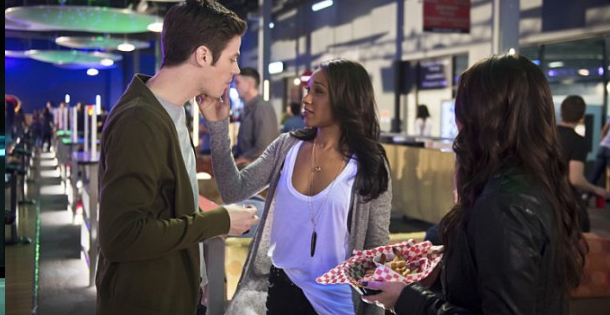 Do you have any TV shows you stopped watching or started disliking because you disliked what they did with the characters and relationships?